Home > About Compass > Blog > Why Is Genetic Testing Important for Cancer Research?

Why Is Genetic Testing Important for Cancer Research? 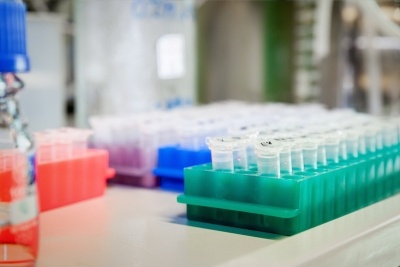 It’s common for cancer patients and their families to feel helpless, as if their futures and those of their loved ones are entirely dependent on physicians and medications. Genetic testing is one way for cancer patients and their relatives to regain a sense of control over the disease, and make a valuable contribution toward improving its detection, treatment and prevention.

One of the most effective ways for cancer researchers to learn why a type of cancer occurs (an important step in discovering treatments) is to study the genes of patients and those who share their DNA profile.

How Is Genetic Testing Conducted?

Most physicians require a patient to undergo genetic counseling before undergoing genetic testing for cancer, because results may yield unwelcome news. Patients also must sign a consent form.

In most cases, the process of undergoing genetic testing is surprisingly simple and painless. Typically, the person being tested provides a blood sample (usually several tubes taken from a vein in your arm) or a sample of saliva, skin cells or cheek cells (obtained by swabbing the inside of the cheek). Genetic testing for a fetus may require the mother to have an amniocentesis, although non-invasive prenatal tests are also available.

The sample is sent to a genetic-testing laboratory for analysis. The lab will determine a sample to be positive, negative or inconclusive, and send the detailed results to the physician who ordered the testing.

Who Is a Candidate for Cancer Research Genetic Testing?

Interestingly, genetic testing is what leads to genetic screening tests. Individuals with family histories of certain types of cancer who are interested in learning if they possess a certain gene mutation — and who are mentally prepared for the possibility of a positive result — are candidates for genetic testing. Individuals who already have cancer and want to contribute to research that could lead to advances in detection and treatments are also candidates.

When researchers study the genes from a large sampling of individuals who have or are susceptible to certain cancers, they’re able to detect patterns, or genetic markers. This information can be used to predict the likelihood that someone will develop a disease, as well as to develop screening tests, prevention protocols and treatments.

Thanks to genetic testing, researchers from the National Cancer Institute’s Division of Cancer Epidemiology & Genetics (DCEG) have made important discoveries that have advanced cancer research and treatment. For example:

Genetic testing isn’t foolproof, but it is a powerful tool for cancer patients who want to contribute to science, and individuals who want to assess their risks.