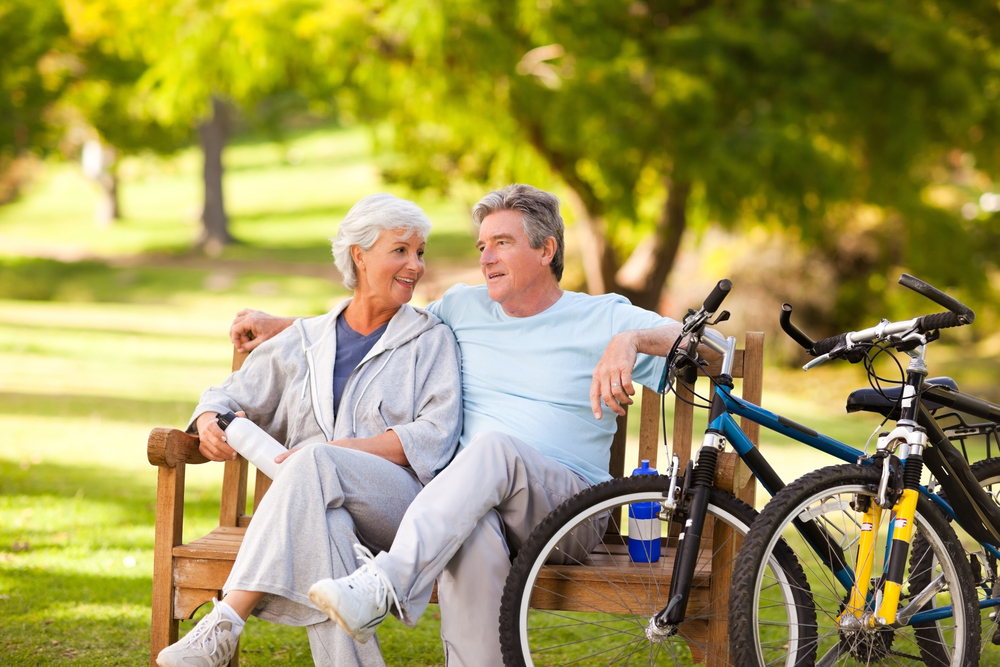 You may know that colon polyps can lead to colon cancer, but you may not know what causes colon polyps. The answers may surprise you.

Colon polyps are small clumps of cells that can form on the lining of the lower intestine, or colon. Polyps can occur in several locations throughout your gastrointestinal tract, but they most commonly occur in your colon. Polyps can also develop in the last part of the colon, known as the rectum. Doctors often refer to conditions occurring in the colon and rectum together, using the term “colorectal.”

Polyps often look like bumps growing from the inside lining of your intestine and protruding outward into your colon. Some polyps grow on a “stalk,” which makes them look like mushrooms. The stalk allows these polyps to “flop” around inside the intestine. Other polyps can have a wide base, so they lie flat against the colon. Polyps vary in size, ranging from less than one-quarter of an inch to several inches in diameter. They can be scattered throughout the colon, which is about 5 feet long. 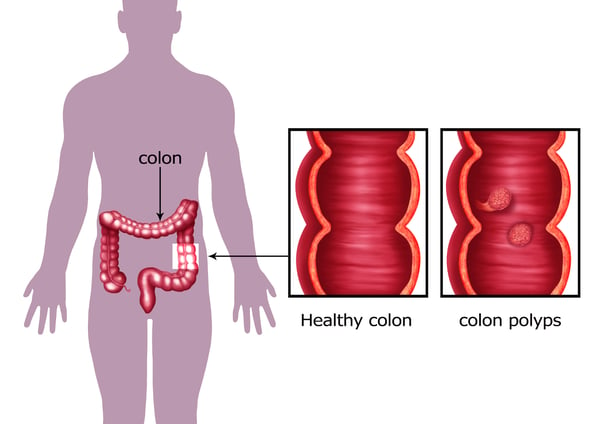 Most polyps do not cause symptoms, although larger colon polyps can cause blood in the stool. While most colon polyps are harmless, some can develop into colon cancer. You can reduce your risk of developing colon cancer by sticking to the recommended colorectal cancer screening schedule and by having polyps removed.

Types of Colon Polyps and Their Causes

There are also several types of neoplastic polyps, which may become cancerous. These polyps include adenomas and serrated polyps.

The larger the polyp, the greater the risk it has of becoming cancerous. This is particularly true with neoplastic polyps.

Factors that Increase Your Risk of Developing Colon Polyps

Medical researchers have not yet established the exact cause of colon polyps in all cases, but they have determined that certain factors can increase your risk of developing colon polyps. You can control some of these risk factors, such as diet and exercise, but cannot control others.

Colon polyps are uncommon in people in their 20s, according to the American Society for Gastrointestinal Endoscopy (ASGE), but more than 40% of people in their 50s have precancerous colon polyps. In fact, the ASGE says that being over the age of 50 is the biggest risk factor for developing colon polyps.

Your doctor may recommend starting colorectal cancer testing if you are age 50 or older and have an average risk of developing cancer affecting the colon or rectum.

You may be at higher risk of developing colon polyps if you have inflammatory bowel disease, such as Crohn’s disease or ulcerative colitis. These conditions cause inflammation of the colon, a condition known as colitis. Research published in BMC Gastroenterology shows that some types of polyps are more common in patients with IBD than in those without the condition, and the research shows that the polyps developed in the part of the colon affected by colitis.

Other research published in the Polish Journal of Surgery shows colon polyps are more common in people with diabetes; this could be because of certain medications patients take to control their blood sugar.

A publication in the Annals of Clinical & Laboratory Science shows polyps care more common in people with diabetes or chronic kidney disease.

The foods you eat

Your body can have trouble digesting certain foods in ways that lead to the development of colon polyps. Bile and digestive juices may have trouble processing fatty foods, for example; byproducts of these foods can become lodged in the colon and lead to the growth of polyps there.

Specifically, eating foods high in saturated fat, red meat such as beef and pork, and processed meat, including lunchmeat, bacon, sausage, and hot dogs can support the development of colon polyps.

A 2012 review of past studies also links obesity with the development of colon polyps. It found that 22% of overweight and obese participants had colon polyps, and 19% of participants of normal weight had polyps in their colon.

It also showed that the risk of polyps grew with increasing body mass index (BMI), a common measure of body fat that helps doctors determine if a patient is overweight or obese.

Prevention of Cancer from Colon Polyps

While it is not always possible to prevent polyps from developing in the colon, your doctor can remove polyps before the harmless bumps turn into cancer. Doctors can detect and remove colon polyps with a procedure known as colonoscopy, in which they insert a flexible tube through the anus and into the colon. A camera attached to the thin tube allows your doctor to see the polyps along the entire colon.

Tiny tools, such as a wire loops or forceps, attached to the colonoscopy tube let your doctor remove suspicious polyps. Your doctor can also use colonoscopy to take small tissue samples, known as biopsies, to send to the laboratory for analysis. Because the lining of the bowel is not sensitive to cutting, polyp removal does not hurt.

Other techniques for detecting colon polyps involve testing stool specimens for traces of blood. Doctors can also perform sigmoidoscopy, which only looks at the lower part of the colon and the rectum. Unlike colonoscopy, these tests do not give doctors the opportunity to remove the polyps, which is why your doctor will likely recommend colonoscopy over other types of screening tests.

To learn more information about colon polyps, their causes, prevention and treatment, consult with your doctor or cancer specialist.