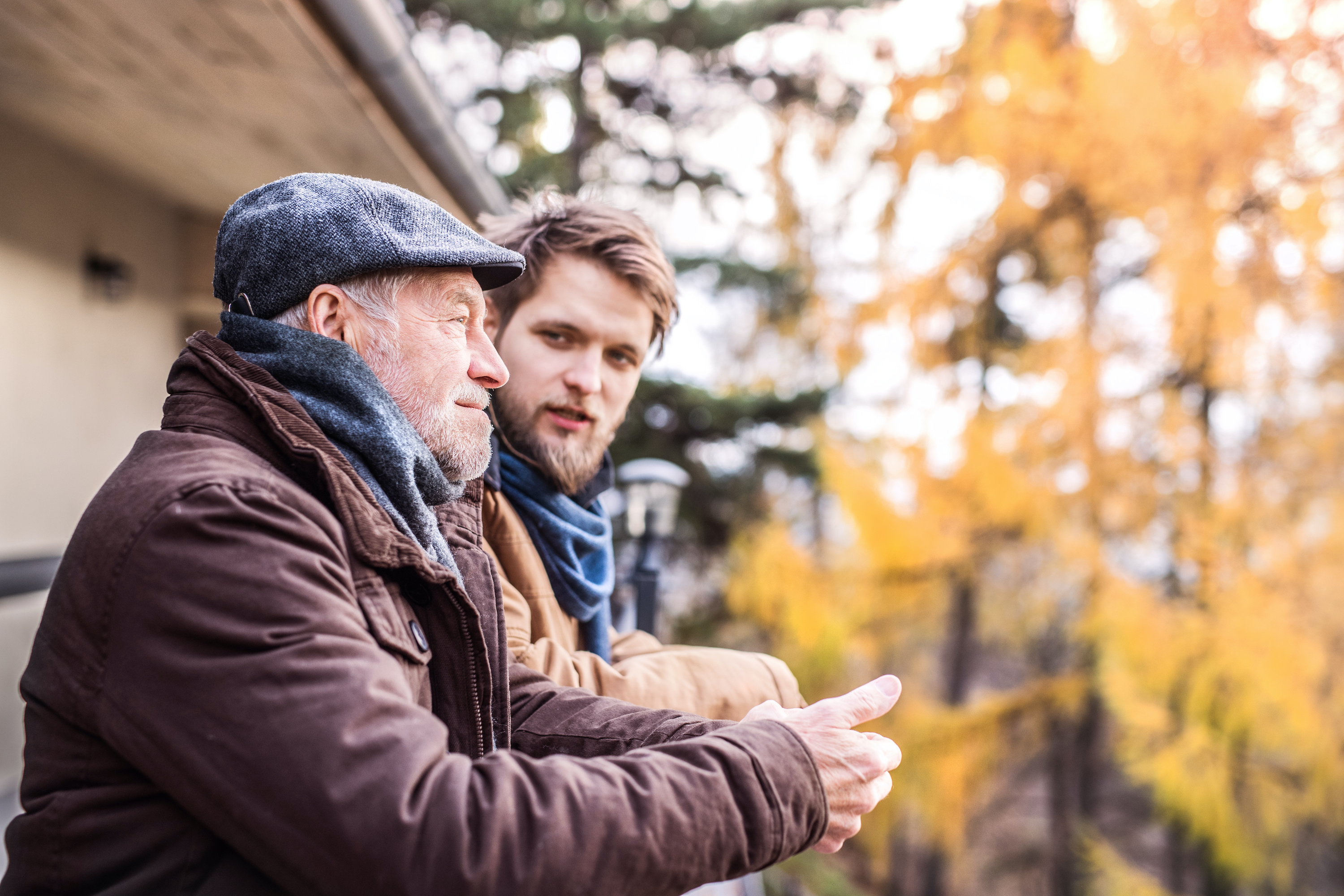 Thankfully the second-most common type of cancer among men, prostate cancer, can be detected, monitored and treated very successfully today, giving men a higher likelihood of survival than ever before. Here are seven facts about prostate cancer that can help you and your family better understand risk factors, detection and treatment options.

1. Prostate Cancer Can Be Inherited

Research from the National Cancer Institute shows that some cases of prostate cancer have a genetic component. If your father or brother(s) have had prostate cancer, you're at a higher risk for developing it, too. The more immediate family members with prostate cancer, the higher your own risk becomes.

In these cases, inherited gene mutations are responsible for the development of prostate cancer. Certain pathogenic mutations in genes such as the BRCA1 and BRCA2 have been identified, and ongoing research is currently examining the potential involvement of additional mutations in several other genes.

There is still a lot of research related to prostate cancer and inherited genes that may make you more likely to develop the disease. At Compass Oncology, we offer genetic tests to men who have a family history of prostate cancer. You can discuss genetic testing with your oncologist or a genetic counselor to see if it’s right for you or a family member. Understanding whether there is a genetic mutation can impact the prostate cancer treatments provided and can help your family understand their risk for developing prostate cancer or other types of cancer available to those patients.

2. Treatment Is Not Always the First Course of Action

Each year, more than 60,000 men with prostate cancer in America choose to pursue treatment with radiation therapy, according to statistics from the Prostate Cancer Foundation. Despite these numbers, prostate tumors grow quite slowly.

Prostate cancer treatment can involve radiation therapy, hormone therapy, or even surgery. However, it’s not always necessary right away. For many men whose cancer is slow-growing and still located within the prostate, the oncologist may suggest active surveillance or watchful waiting.

According to the American Cancer Society, active surveillance refers to close monitoring of the patient with visits to the oncologist at least every six months for a blood test and digital exam. Additional imaging and biopsies might be performed as well.

Watchful waiting is a less intense approach to monitoring prostate cancer. It does not normally include frequent testing, but, instead, monitoring how the patient is feeling. Watchful waiting is more commonly used for men who are of more advanced age, or those who have other health conditions that might increase the risks and side effects associated with treatment.

Bear in mind that "active surveillance" and "watchful waiting" do not translate to "ignore and wait." You may eventually need treatment for your prostate cancer. That’s why it’s important to follow the oncologist's recommendations for periodic testing, as this is a critical component of successful long-term outcomes. Many men with prostate cancer experience no (or almost no) symptoms. In these cases, ongoing PSA tests and biopsies are the only way to know whether a patient's cancer is growing or spreading and if more aggressive treatment approaches are necessary.

While watchful waiting and active surveillance are valid approaches, feel free to ask your oncologist about the pros and cons of all your available prostate cancer treatment options..

Several different prostate cancer treatments exist, and they can be used alone or in conjunction with one another to create highly individualized and effective treatment plans. So although prostate cancer is the most prevalent type of cancer diagnosed in American men, it also has one of the best survival rates.

Having a high survival rate is in part attributed to the fact that it can be found early and carefully monitored through regular screening.

4. It's More Common in African-American Men

5. Young Men Can Get Prostate Cancer

One of the most surprising facts about prostate cancer is that young men can also get the disease. One study reports that about 10% of prostate cancer cases today are diagnosed in men aged 55 or below. Although it is less common for younger men to develop prostate cancer, these patients tend to have the most aggressive forms of the disease.

If anyone in your immediate family has been diagnosed with prostate cancer, you could be at an increased risk. You might want to talk to your doctor about beginning routine prostate cancer screening sooner than the usual age, which is 50.

One of the most asymptomatic types of cancer, individuals with early prostate cancer often experience no symptoms. As a result, it's most commonly diagnosed during routine screening rather than due to a patient's current symptoms.

Although they're more commonly experienced during later stages, symptoms of prostate cancer can include:

While these symptoms can indicate prostate cancer, they're also commonly experienced due to other health concerns such as prostatitis or a condition that causes the non-cancerous growth of the prostate gland called benign prostatic hyperplasia (BPH).

Since the early detection and diagnosis of prostate cancer can't depend on the development of symptoms, routine screening process has been developed. Regular screening of those who are considered at risk of developing prostate cancer enables early diagnosis and more effective treatment. This allows men to live long, active lives following a prostate cancer diagnosis.

If you or a loved one is over the age of 50 or in another high-risk category, be sure to schedule a regular prostate cancer screening exam with your general practitioner every year.

7. Potential Radiation Therapy Side Effects Can Be Reduced

One of the concerns many men have about prostate cancer treatment is the effects it can have on how their body functions afterwards. Radiation therapy performed on the prostate can sometimes inadvertently damage the rectum because it’s located close by. As a result, bowel problems, such as diarrhea and rectal leakage, can be long-lasting side effects of radiation therapy experienced by some men.

Facing potentially uncomfortable and unpleasant side effects such as these can be a deterrent to men who are seeking treatment for prostate cancer. There are now ways to reduce the risk of unintentional rectal damage throughout a patient's radiation therapy.

If you've received a prostate cancer diagnosis and are seeking treatment via radiation therapy, ask your oncologist whether SpaceOAR™ Hydrogel could help you avoid these unpleasant treatment side effects.

Stay Vigilant to Protect Your Health

While many men put off going to the doctor for regular checkups, especially a prostate check, it’s really important to talk about your screening schedule based on your family history, risk factors, and personal health history.